The Raven is a magazine of original philosophy written for intellectually curious readers with or without academic training in the discipline. It aims to revive an essayistic style of philosophy that was more common in academic venues as recently as thirty years ago but has gradually disappeared — that is, to publish contributions to the “literature” that deserve to be called literature. The Raven will launch as an open-access online magazine; it may publish paid, print editions in the future.

The editors are David V. Johnson and J. David Velleman. They will have responsibility for working with authors to improve style without compromising philosophical rigor. The editors will be advised by the editorial board listed below.

The Raven invites pitches from authors. A link for submitting proposals appears at the bottom of this page. We will not consider unsolicited manuscripts.

The launch of The Raven has been made possible by a grant from the William H. Miller III Department of Philosophy at Johns Hopkins University. David V. Johnson is a former philosophy professor turned journalist with more than a decade of experience as an editor and writer. He is currently deputy editor of Stanford Social Innovation Review, and has previously worked at Al Jazeera America, Boston Review, San Francisco magazine, and Harper’s Magazine. He earned a Ph.D. in Philosophy from Stanford University in 2002, and taught at Stanford, University of Maryland Baltimore County (UMBC), and the University of Michigan. You can find him on Twitter @contrarianp. 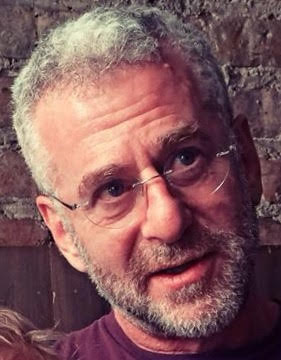 We currently envision publishing twice a year, beginning in the fall of 2021, with content in three forms:

FEATURE: Features are longform essays (3,000 to 10,000 words) in which the writer makes an original philosophical contribution in a style that is engaging to read and intelligible without the need for specialist expertise.

SHORT ESSAY: Short essays (800 to 2,000 words) offer a philosophical insight or argument that does not require a longer exposition to convey. Short essays are closer to the op-ed form seen in The Stone (the philosophical opinion section of The New York Times) or the Readings selections of Harper’s Magazine.

RECOMMENDED READING: Recommended readings suggest a piece of writing that is philosophically rich but not necessarily well known, either as philosophy or at all. Potential examples include philosophy articles that are old, or have fallen out of favor, as well as novels, short stories, poems, or nonfiction. The author should go on to explain the philosophical insight or insights to be gleaned from the recommended reading. (800 to 2,000 words)

REVIEW: Reviews are longer essays (2,500 to 5,000 words) that address a work of philosophy that is forthcoming, recently published, or of lasting significance. We are open to reviews of classical works, such as Plato’s Republic or Descartes’ Meditations. We are looking for essays that follow the New York Review of Books model of using the work reviewed as a springboard for the writer to develop his or her own philosophical insights.